Let’s just call this post what it is: a placeholder.

Today was supposed to be the big One Room Challenge reveal day for my living room, but life happened. Sold out items happened. Overzealously nailed baseboards happened.

I’ve done four of these and finished all of them on time — this one just wasn’t in the cards. Here are my previous rooms in case you missed any of them!

Mainly, I started working an office job again and it was a challenging transition after almost a year. But there were a couple of other contributing factors.

I started doubting my vision

The blue was feeling far too blue and I started hating my chair rail idea. Plus? It was obvious that I needed to carry the changes through the adjacent hallway and entryway, making this a MUCH bigger project than I’d intended.

Ultimately, I realized the blue works once the artwork and the curtains go up. The chair rail? That definitely stayed gone. It took me a couple of weeks to firm up exactly what type of wainscotting I wanted to do (and was capable of doing). I landed on this and I love the test panel I installed! It still needs the small cove moulding transition under the cap but you get the gist:

To do the wainscotting properly, all the baseboards need to be removed. Which should be a big deal, except that they’re sunk below the floor line with an abundance of nails.

On the longer runs of baseboard, there isn’t enough leverage to pry the boards back far enough to clip the bottom row of nails. I know there’s a way around this, but that’s where I got stuck last week and I haven’t had time to troubleshoot.

The fireplace looks fabulous. The art is fabulous. And with a job, I have a little more budget to work with.

It just might take me a little longer to get there 😉

Never fret! The room WILL get finished and when it is, I’ll come back and update this post with all of the glorious after photos.

In the meantime, check out my fellow guest participants in the One Room Challenge who may actually have finished their rooms on time, ha! 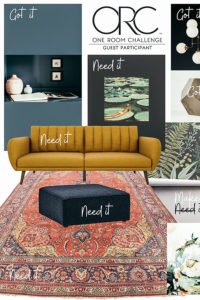 Is it just me, or do you feel like you’ve already run out of time and it’s just week 2? Yikes! I’m basing so many decisions on lead times but am also hesitant to click that “place order” button because WHAT IF I HATE EVERYTHING? Pause. Breathe. OK… I’ve finalized my mood board and I am… 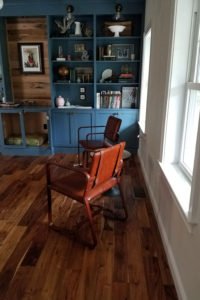 I’ve watched the One Room Challenge (ORC) unfold in the past and guys, it just looks like so much fun! And also insanity. But mostly fun. I realized last week that the Fall 2018 challenge was kicking off and rather than overthink the fact that I was completely unprepared to do so, figured why the heck… 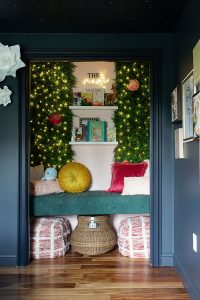 Have you ever thought about turning a closet into a reading nook? I’m guessing a lot of us have — there are beautiful examples all over the internet to prove it! I learned a few things when converting my kids’ closet into a book nook during a recent bedroom redesign and wanted to share some of my… 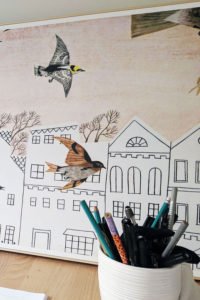 It’s week 4 of the One Room Challenge and I’m breathing a little easier because, finally, some visible progress has been made! With one teeny, tiny setback… I’ll admit I was getting a little nervous last week when things looked exactly the same as on day 1. I was still waffling on the desk color and I hated every… 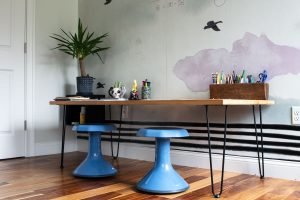 Tired of homeschooling at the kitchen table? Yeah, I was too. Like a lot of you, we suddenly found ourselves in a remote learning situation back in March. None of us knew how long this would go on at the time, so we just made due with what we had. Now that it’s looking like… 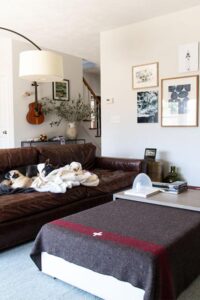 Hey friends! I can’t believe it’s finally here — week 1 of the One Room Challenge! This will be the fifth time I’ve participated. I must be nuts, ha. In case you’re not sure what the ORC is, it’s a twice-yearly challenge that any designer or DIYer can join to makeover a room (or space)…

Hey, I’m Brianna! First, you should know I’m a homebody to the core. I love surrounding myself with pretty things, yummy food, and settling in for movie marathons with my family. Most of all, I love sharing what I know about making home beautiful…